The Hindu scripture provides specific evidence of Shrinathji and his popular legends. Garga Samhita, the ancient text of Giriraja-khanda describes Shrinathji as Devadaman Shrinath. Bhagvata Purana specifically mentions Shrinathji as the saviour of the inhabitants of Vrindavan.

According to the legends, the Vrajavasis or the local inhabitants started to worship the deity under the spiritual guidance of Madhavendra Puri. It is believed that the deity’s face and arm emerged from the hill of Govardhan and later he was named as Shrinath ji. Whereas Pushtimarg literature confirms that the deity himself appeared before Vallabhacharya in the Hindu calendar year of 1549 and directed Vallabhacharya to move towards the Govardhan hills in order to start his worship.

Nathdwara district is located almost forty-eight kilometres away from Udaipur. The temple is famous for its daily rituals and celebrations. Due to the mixture of Pushti Marg and Krishna’s cult, the worship of Shreenathji has acquired special significance. The confluence of these two cults has given emergence to complex rituals. The inner sanctum of the temple is opened to devotees for darshan eight times a day.

The eight rituals are Mangla, Shringar, Gval, Rajbhog, Utthanpan, Bhog, Sandhya and Shayan. Mangala is the first darshan of the day. The Lord after completing his breakfast greets his devotees in the morning. Mangla is the most auspicious darshan during the entire day. Mangla is followed by Shringar in which Mother Yashoda baths and dresses her Gopala and allows the devotees to see her son’s beautiful form.

Gval is the third ritual where the Lord is worshipped by the recitation of his thousand names and with each name the sacred leaves of basil are offered. The fourth ritual is Rajbhog where Lord rests in Nanadalay. The Lord is offered fresh garlands and lotuses. Utthanpan is the fifth ritual where Lord wakes up from the afternoon nap. The sixth ritual is bhog. In this ritual, the Lord is out for play again.

Sandhya is the seventh ritual where Mother Yashoda wards of the evil that might have inflicted on the Lord while playing in Vraj. Shayan is the last darshan of the day where lord goes off to bed after his dinner. Though the temple’s main attraction are Sandhya Aarti and Shringar. 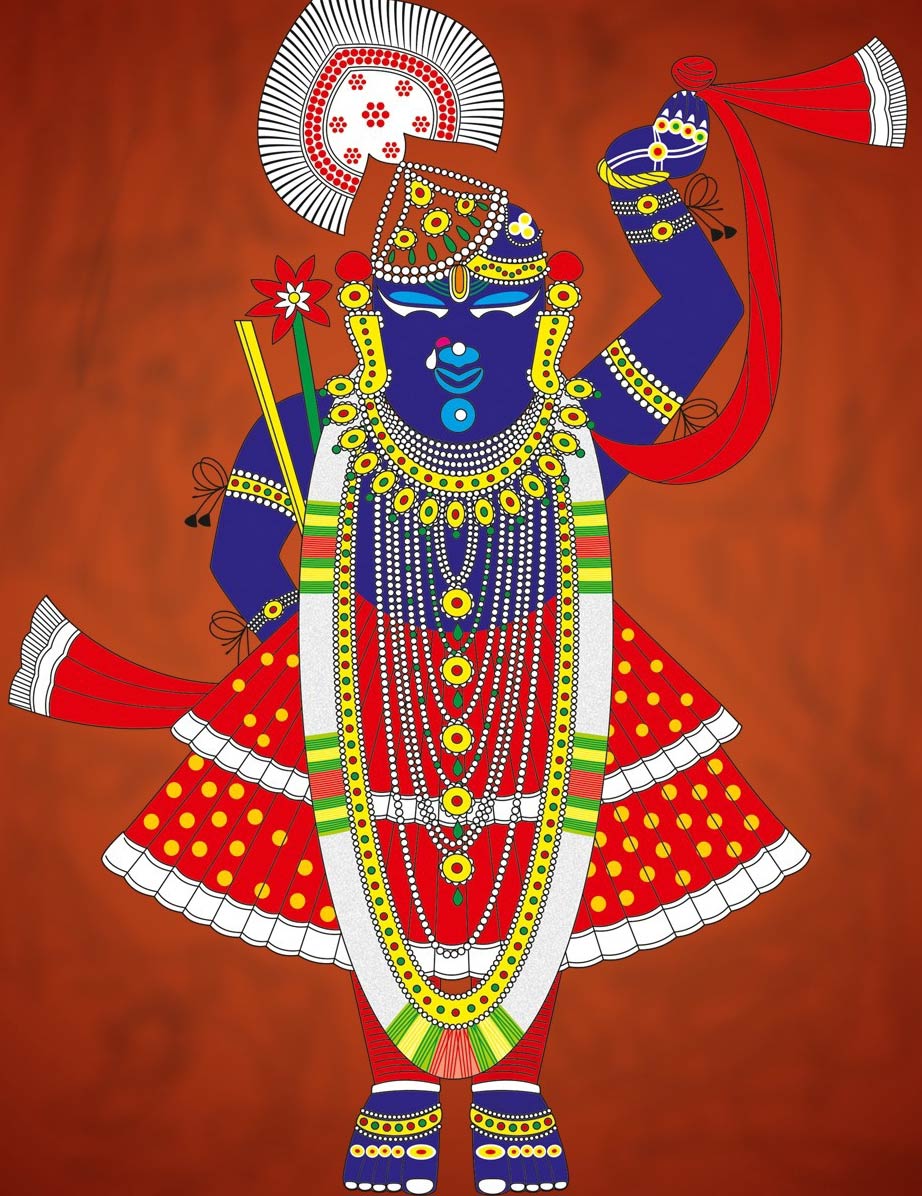 Legend says Shreenathji was adored by Gopis of Vraj so much that they always hanged around Yashoda’s house. This concerned mother Yashoda about her child and she fixed specific timings for everyone who visited him.