The Hindu pantheon is one which consists of many gods and goddesses like Maa Durga. In fact, much like the Greek pantheon, every hindu god and goddess have a unique story of their own which carve out a special place for them within the pantheons.

Though Hinduism is acclaimed as a religion today, the origin of the term Hindu, as Romila Thapar and many historians before and after her have pointed out, can be traced back to the people living on the banks of the River Sindhu.

Due to intricacies of the pronunciation of the then prevalent language, the invaders who eventually settled down here, called the people residing by this rivers as Hindus, the “s” being pronounced as “h” in Sindhu.

Battles have been fought and numerous wars have torn apart the Indian subcontinent, thanks to certain misconceptions that give Hinduism as a status of the language.

Hinduism, actually, refers to a way of life and that is most noticeable when one hears the story of the gods and goddesses.

Most of these stories have a moral to share, which talks about the battles a man fights within himself and the victory of good over evil.

One such story is that of Indian god Maa Durga. Though many confuse her as Parvati, the consort of Lord Shiva (one of the three main gods of the Hindu pantheon- Lord Brahma, God Vishnu and Shiva), Maa Durga was actually created by the gods to restore peace in their community and the earth.

So who was disturbing their status quo? What prompted the gods to create a female agency to fight the evil forces? Read on to find out about the biography of Goddess Durga, who is worshiped all across the country today with great pomp and vigour.

Story of goddess durga behind her creation

It all began with Ramba, a powerful Asura, who prayed day and night to Lord Agni. Seeing his dedication and penance, Agni was pleased. So he asked him what he wanted to which Ramba said he wanted a son who would be so powerful that no god, man or animal may ever kill him.

His wish was granted and Agni also promised that his son’s power would grow more if he himself went and prayed to Brahma. Ramba after this conceived a son with a water buffalo (who was a cursed princess in disguise) and Mahisasura was born. We have all seen Durga Maa killing Mahisusra during the Durga Pujas (Navratri).

The nine-day-long Durga Puja is the biggest annual festival in various states of India like Bengal, Assam, Odisha, Jharkhand and many more, where it is known as Navratri. 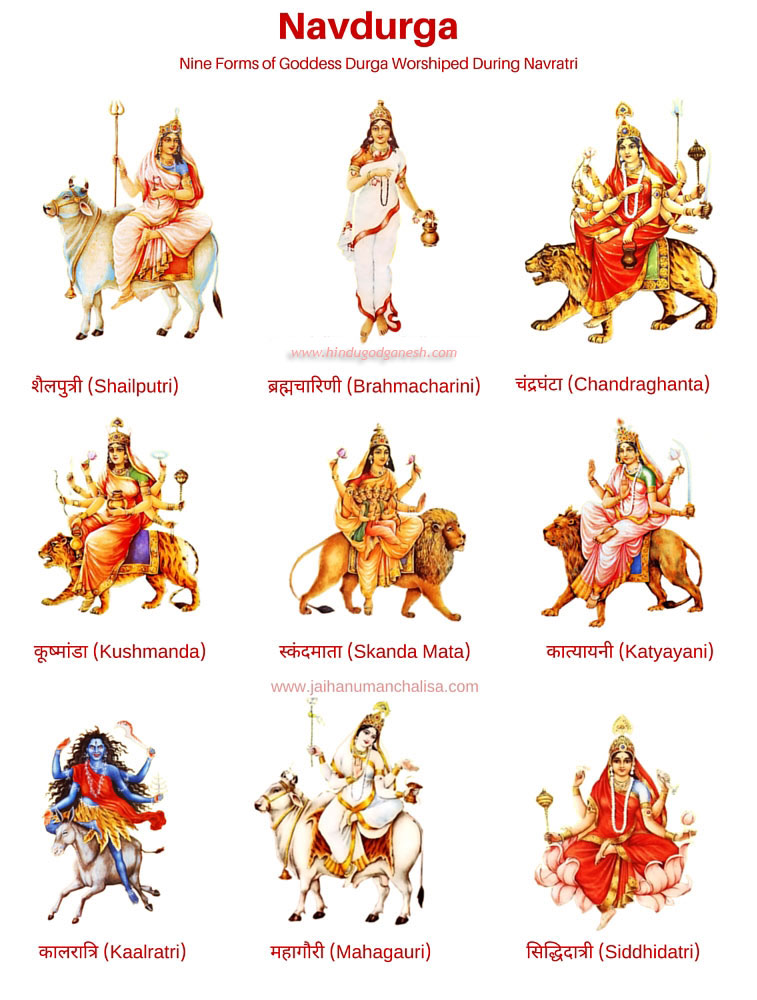 Mahisasura trained himself well and soon became a great warrior. He had learnt about his father’s penance and Agni’s promise.

So he himself performed a penance and gained Lord Brahma’s attention, who had no other option but to grant him the boon of invincibility. Soon, Mahisasura began to expand his territories, like any other power hungry king.

He conquered the whole of the earth and terrorized people until they all submitted to him. It was a complete pandemonium.

Soon, this power hungry king turned his eye to the heavens and since no god could ever kill him, he managed to conquer heaven as well, forcing the Gods to move out.

Stressed and worried all the Gods went to Brahma to solve the problem. Nobody could figure out what to do and how to end this ruthless anarchy reigning over earth and heaven.

It was then that the invisible Goddess Shakti spoke up saying that there was a glitch in Mahisasura’s boon. He had categorically mentioned that no god, man or animal would ever be able to destroy him but he had never mentioned anything about a woman.

So the Gods combined their powers and all the female agencies from which was created Maa Durga. An all powerful and trained female goddess thus emerged in their midst who was specially created as a warrior in order to defeat the forces of evil.

We all know that Devi Durga has ten hands. She was gifted ten weapons for her ten hands from each God, like Vishnu gave her his Sudarshan Chakra, Indra, gave her his thunderbolt, etc.

The Lord of the Mountains (Lord Shiva) gave her a lion, which became her pet and an important tool for defeating Mahisashura. This embodiment of female power then set out to defeat Mahisashura in combat and successfully did so, thus marking the triumph of good over evil.

This battle was a fierce one and also a war of tactics. Mahisashura was no inexperienced warrior. On top of that, he could also change forms, an ability he had acquired from his mother.

With great cunning and strategising, Maa Durga was finally able to defeat him after fighting for a grueling nine days at a stretch. Peace was then restored on earth and the Gods too went back to their home, content with their victory.

According to Vedas and Puranas, there are lot of powerful Maa Durga mantra which a person can chant to fulfill their dreams and get whatever they want. All Powerful Maa durga mantras are available in Durga saptsati book. Goddess durga Beej mantra are:

Now take a small wooden platform and cover it with a red cloth. Put Maa Durga picture or statue on it. You should sit on a woolen aasan in front of Goddess.

First light a Lamp of cow ghee (Butter) & incense and put these at your right side. Offer Red chunri to mata and cover photo frame or statue with this chunri.

Make a paste of sandal powder with water and offer Tilak to Goddess. Now offer Rice as “Akshat”, fresh Rose & Lotus flowers, coconut and sweets. At Last offer scant to devi. Now its time to concentrate on Goddess and chant her beej mantra as above.

Important : Lamp must be light until the pooja finishes. In Hindu mythology, to get success in any religious work, we first worship Lord Ganesha and get his blessings. So you should first worship ganesha using the same procedure except offering Red Chunri and then worship mata.

Recite the beej mantra every morning & evening with full devotion. You should chant this mantra using Rudraksha-seed Mala for at-least 108 times in a day or 324 times.

Follow this for 41 days. After finishing the japa, say sorry to goddess for any mistake during pooja and japa. You will defiantly get blessings of goddess with power, wealth, health and prosperity. You can also read durga chalisa.

Why is Devi Maa worshiped?

Now that you know the story behind her creation, the next question that arises in mind is that why is Maa Durga worshiped. One reason is, of course, to pay respect to a great warrior, who had saved all the three worlds (heaven, underworld and the mortal world) from the clutches of chaos. Durga maa is also an embodiment of positive energy, which can drive away evil with her physical prowess.

This is what makes her a pure form of energy, and hence, is worshiped. She is worshiped for nine days, marking the time period of the battle she fought with the formidable asura. She, today, occupies an important position in the Hindu festivities since her story is one of good winning over evil.

Maa Durga is worshiped in many forms in various parts of the country. This is mainly because these stories, as per the Indian tradition, were all passed on from one generation to the next through oral story telling.

Thus, numerous versions, all modeled on a basic story-line, spread to various corners of the country, explaining the forms that this one Goddess has.

Thus, every year, during the months of September and October, everyone join, their hands together and worship this female energy, which had once saved the earth from the deadly grasp of evil, also indulging in festivities at the same time to celebrate the victory of all that is good and pure over evil.

Lord hanuman – Appearance, Story and How to worship